The Planetary Society’s Emily, the BBC and most of the rest of the known universe is reporting that Hayabusa successfully landed on the asteroid Itokawa using the target marker (containing 880,000 names) that was dropped during the previous unsuccessful attempt on the 20th November. The spacecraft fired the projectile into the asteroid and is believed to have collected material, but that will only be confirmed when it returns to earth in the Australian outback in 2007.

JAXA has a couple of really interesting pictures (in Japanese) up here and here. JAXA also have an explanation in English of what happened on the 20th when they thought they hadn’t touched down – turned out they had, but not quite as expected. 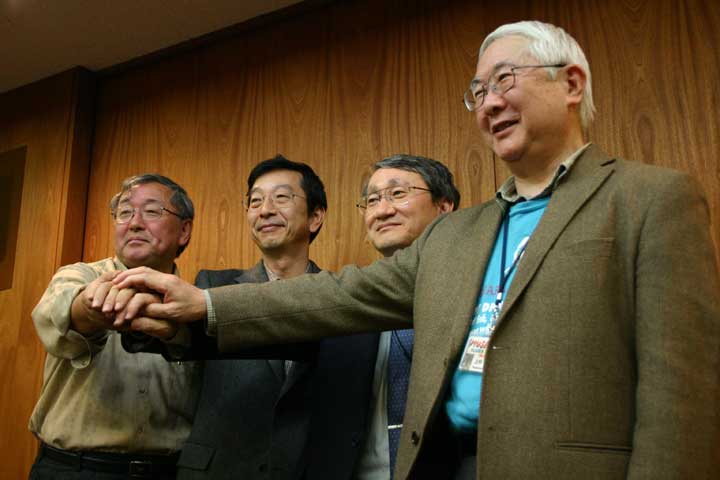