So yesterday the release version of KDE 4.1 came out and I’m up and running with it. Very nice! 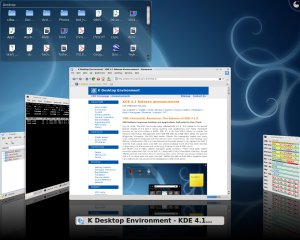 It’s also fixed at least two of the problems I had with the release candidate, listed below, which is nice!

It is eminently possible that the second problem was just me dragging it to the wrong place though.. 🙂