Today is the public holiday commonly called Australia Day but really it’s only a good day for those of us who arrived since last 1787, for those who came before it’s been a bit crap. OK, a lot crap. 🙁 So today instead of participating in the usual ritual of barbie and beer Donna and I went up to the Belgrave Survival Day event, celebrating the fact that we still have people from the oldest continual culture in the world around! 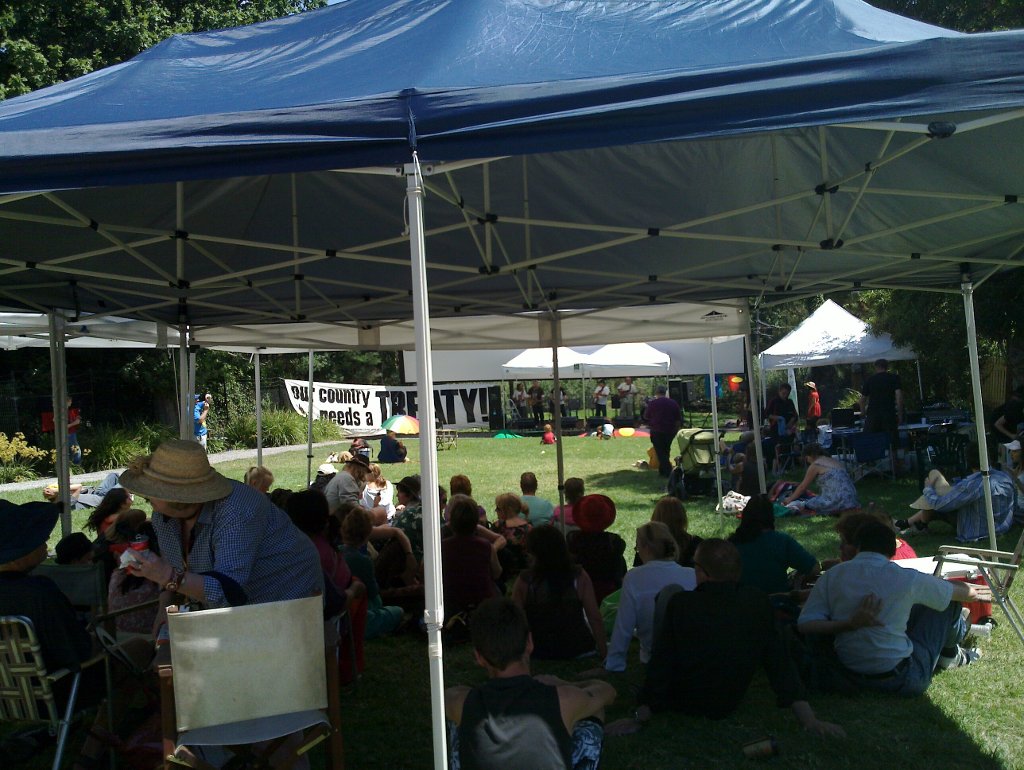 A nice day, we were a bit late in getting there so we missed the earlier talks and dances but we did get to hear some good indigenous bands play and had a wander around to look at the displays and talk to people. If you want to know a little more about why these things are important have a browse of the ANTAR website.