If you’ve been paying attention to the world of planetary exploration you’ll have noticed the excitement about the unexpected white spots on the dwarf planet Ceres. Here’s an image from May 29th that shows them well. 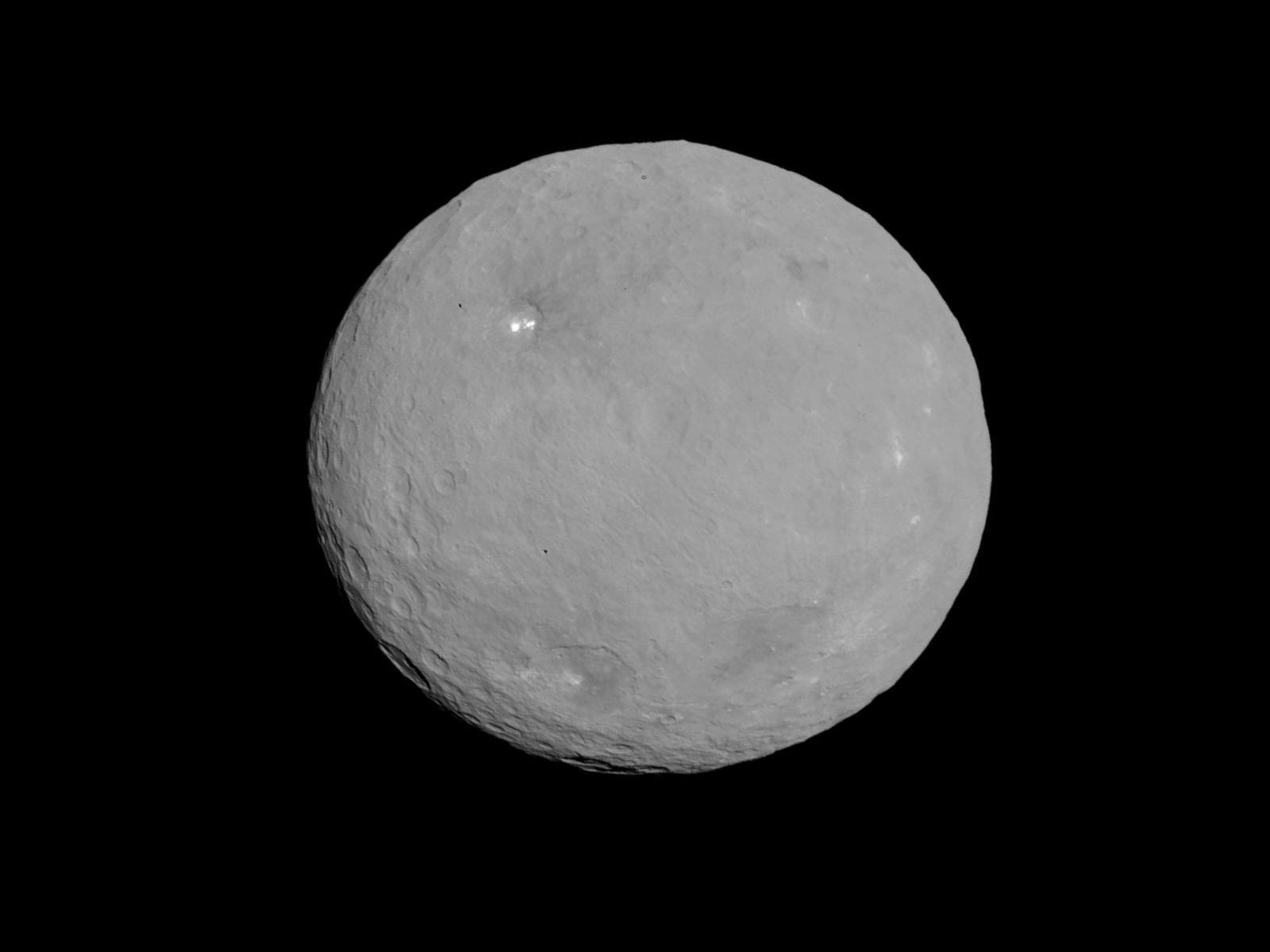 Having looked at a few images my theory is that impacts are exposing some much higher albedo material, which you can see here at the top of the rebound peak at the center of the crater, and that the impact has thrown some of this material up and that material has fallen back as Ceres has rotated slowly beneath it giving rise to the blobs to the side of the crater.

If my theory is right then if you know Ceres gravity and its rotational speed and the distance between the rebound peak and the other spots then you should be able to work out how far up the material was thrown up. That might tell you something about the size of the impact (depending on how much you know about the structure of Ceres itself).

As an analogy, here’s an impact on Mars captured by the HiRise camera on MRO that shows an area of ice exposed by an impact.