Just updated Donna’s site so that people can buy packs of 10 assorted cards of her paintings as well as marking the original of “Rainbow Tree” as being sold!

The BBC is soliciting for questions for the UK music industry about “Digital Music” – so if you want the chance to quiz them about what they’re doing then here’s a chance.

They’ve got some questions up already, though whether that means they’ll get asked – and if they are, whether they will get answered – is not clear.

We went to see Joyeux NoÃ«l tonight, a film about the Christmas 1914 fraternisation between the opposing sides in the First World War.

We both thought it was a really good film (well, asides from the lip synch for the opera singing), very moving and showing that the people in the trenches on both sides were human, no matter what the propaganda might have said. Of course as a fictionalisation of the real events purists may find things to complain about, but as a depiction of those trying to remain alive & keeping their humanity in the midst of so much death it really works.

It’s probably best to go and see it without reading about the film first because I’ve found that some of the sites that talk about it don’t really do it justice – not even the official site.

Returning to the question of what actually happened, the First World War site has an extensive section on the Christmas Truce and this section I thought summed things up nicely.

With their morale boosted by messages of thanks and their bellies fuller than normal, and with still so much Christmas booty to hand, the season of goodwill entered the trenches. A British Daily Telegraph correspondent wrote that on one part of the line the Germans had managed to slip a chocolate cake into British trenches.

Even more amazingly, it was accompanied with a message asking for a ceasefire later that evening so they could celebrate the festive season and their Captain’s birthday. They proposed a concert at 7.30pm when candles, the British were told, would be placed on the parapets of their trenches.

The British accepted the invitation and offered some tobacco as a return present. That evening, at the stated time, German heads suddenly popped up and started to sing. Each number ended with a round of applause from both sides.

The Germans then asked the British to join in. At this point, one very mean-spirited Tommy shouted: ‘We’d rather die than sing German.’ To which a German joked aloud: ‘It would kill us if you did’

Kudos to Alec on putting up a rather good homemade video about defence in depth; rather well illustrated by him storming up the side of Maiden Castle (an iron age hillfort) in Dorset and explaining (whilst fighting for breath) why its design makes it so darn difficult. He then explains about what the flaw in its defences were and how this applies to computer security. Well worth a watch! 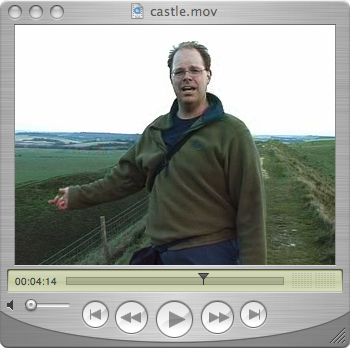 From today if someone walked up to you in Australia and told you they were dieing and asked about what they could do to end their suffering (not a likely situation I hasten to add) you could freely speak to them, but if they telephoned, emailed or wrote to you asking the same question it would be illegal to reply, unless you were going to try and tell them not to do it, or to tell them to do nothing.

At least they’ve not made debating euthanasia illegal yet..

Hoorah, common sense prevails and Ukraine and Russia settle their dispute over gas pricing that resulted in Ukraine’s gas supply being cut and supplies to the EU being disrupted.

Well what a suprise, the ABC is reporting that Australian “Exports plummet in post-FTA trade” with the US.

In the 12 months to October last year, Australian exports to the United States fell by 4.7 per cent while US imports rose by 5.7 per cent.

So we signed over sizeable chunks of sovereignty in return for what ? Worse economic standing & future ? Doesn’t seem like much of a deal for Australia..

Groklaw has a good piece about the DRM on Coldplay’s new album, including this part of the warning on the CD liner:

This CD cannot be burnt onto a CD-R or hard disk, nor can it be converted into MP3 for file sharing.

This CD has been manufactured for usage in regular CD players but might not play in the following players:

In other words, it’s not guaranteed to work on anything – and to cap it all off they say that you can’t get your money back if it won’t play in your system, unless there’s been a manufacturing fault! PJ sums it up very well, with an extra bit they must have missed off the liner..

Coldplay: This CD is only for customers who use Microsoft products and only on players that are blessed by Microsoft, and for customers who are willing to accept DRM controlling how they can use the CD. If you use a Mac or GNU/Linux, you are excommunicated. And if you look for an alternative, we reserve the right to tip off the RIAA and then it’ll be off with your head. Don’t like it? We don’t care. Watch us sitting in our offices not caring.

Predictably the Russia-Ukraine spat over gas supply has started to affect supplies to the EU, with Russia claiming that Ukraine is stealing the EU’s gas and then there’s the odd question of the Turkmenistan gas that Ukraine is supposed to receive, that BBC report quotes Gazprom as saying “Today the Ukrainian gas transporting system is receiving nothing but Russian gas” which begs the question is Russia blocking the supply of Turkmen gas to Ukraine as well ?

To go along with this there’s an editorial at the BBC looking at “Energy and the new world power play” which makes a couple of nice counterpoints to the current state of play in the middle east, saying:

Oil played its part in a 1953 coup in Iran – organised by the US and Britain. They overthrew an elected prime minister, Mohammed Mossadegh and installed Shah Reza Pahlavi instead, a move that still reverberates in relations with Iran.

We learned from British archives released a couple of years ago that in 1973, the US drew up a plan to seize oilfields in Saudi Arabia, Kuwait and Abu Dhabi in response to the Arab oil embargo.

It’s well worth a read if you want to find out things like why China tends to block UN resolutions in Sudan and the like..

The BBC is reporting this case of Russia apparently trying to strong-arm Ukraine into accepting much higher gas prices than other customers of Gazprom.

Ukraine insists that the planned price rise is politically motivated, in the wake of Kiev’s Orange Revolution and the election of its pro-Western President, Viktor Yushchenko.Other countries which remain in Russia’s sphere of influence continue to receive gas at below-market prices.

Europe worries that this will also affect Russian gas exports to it as they go via Ukraine, but Gazprom say it won’t.