NASA is reporting that:

Opportunity has found an iron meteorite on Mars, the first meteorite of any type ever identified on another planet

It’s been nick-named “Heat Shield Rock” as it was found near the landers heat shield that was discarded during the descent to Mars. 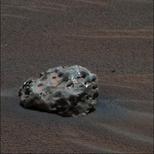 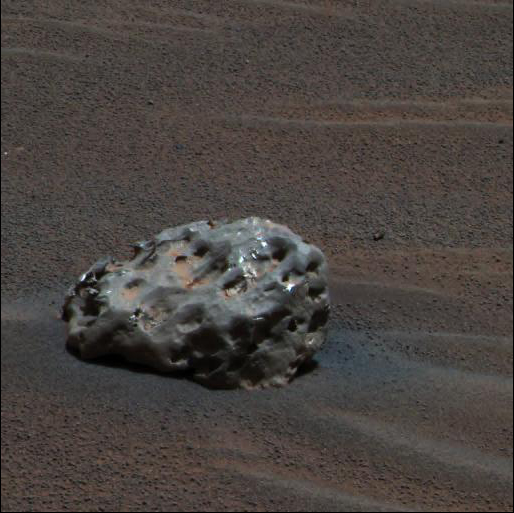