From the release notes for the (currently experimental) Postfix 2.4 snapshots:

…that the GDB debugger has its own song ?

Coffee is an essential, core enabler of online business.

After reading the sleeve notes for “Lots of oil” on Yelp! by the Mrs Ackroyd Band I went looking for the letter of T.E. Lawrence to The Times in July 1920 that is mentioned. It appears an archive of his papers is available at http://telawrence.net/ with the texts of his out-of-copyright writings available and in that I found his letter to the editor, The Times, 22 July 1920. I also found a later editorial in the Sunday Times (22 August 1920) which has a rather topical quote:

The people of England have been led in Mesopotamia into a trap from which it will be hard to escape with dignity and honour. They have been tricked into it by a steady withholding of information. The Bagdad communiquÃ©s are belated, insincere, incomplete. Things have been far worse than we have been told, our administration more bloody and inefficient than the public knows. It is a disgrace to our imperial record, and may soon be too inflamed for any ordinary cure. We are to-day not far from a disaster.

This is sad. Magnus Magnusson, the founding presenter of Mastermind from the BBC, has died from pancreatic cancer at the age of 77 according to the BBC. They have an obituary for him. 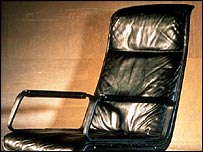 The BBC is reporting that Momofuku Ando, who was the inventor of instant noodles has died at the age of 96.

Mr Ando said the inspiration for his product came when he saw people lining up to buy bowls of hot ramen noodle soup at a black market stall during the food shortages after World War II.

Ando san, the students of the world salute you!

I’ve just upgraded to WordPress 2.0.6 as it has security fixes in it, so if you spot anything odd with the site please leave a comment and let me know!

If comments don’t work for you then you can always reach me by sending an email to chris at the domain csamuel.org. I’m really bad at replying to email though!

Almost a year ago now (Jan 2006) I migrated my blog from PostNuke to WordPress and to do that I used a hacked version of Bryan’s PHP migration script (which I found here thanks to Rich Boakes), but I never got around to publishing my changes. 🙁

Just had an email from someone asking about it, so I’ve decided to publish it now, so here is my hacked version of a Postnuke to WordPress Migration PHP Script.

It assumes a blank WordPress 2 install, and I last used it with WordPress 2.0.0 so caveat emptor!

Licensed under the GPLv2 (or later), as per the original.

If you use Internet Explorer (IE) on Windows it appears that you spent 9 months open to being hacked on your computer.

For a total 284 days in 2006 (or more than nine months out of the year), exploit code for known, unpatched critical flaws in pre-IE7 versions of the browser was publicly available on the Internet. Likewise, there were at least 98 days last year in which no software fixes from Microsoft were available to fix IE flaws that criminals were actively using to steal personal and financial data from users.

On the other side, Firefox had a single 9 day window of vulnerability to an exploit.

This is the third in a series of tests (( the previous ones are ZFS on Linux Works! and ZFS versus XFS with Bonnie++ patched to use random data )), but this time we’re going to test out how it handles multiple drives natively, rather than running over an existing software RAID+LVM setup. ZFS has the ability to dynamically add disks to a pool for striping (the default) mirroring or RAID-Z (with single or double parity) which are designed to improve speed (with striping), reliability (with mirroring) and performance and reliability (with RAID-Z).